In view of the tensions between China and Japan over a fishing island, Taiwanese singer Show Luo announced on Sunday that he will cancel promotional activities for his new Japanese album. The album is slated for release this Wednesday.

The 33-year-old singer reportedly lost about TWD 10mil (approximately S$420,000) after cancelling his two upcoming concerts on Sept 29 and 30 in Tokyo. Show was supposed to head to Osaka for his promotional tour on Sept 27, and then head to Tokyo on Sept 29 for his concert rehearsals. The tensions however interrupted his plans.

His concerned fans left him many messages on his website, such as “Don’t go! It’s very dangerous!”

Having garnered impressive sales from his previous Japanese single, he decided to release a full Japanese album this time round. Regarding the issue, Show stated, “I don’t find it a pity, it’s just that the current situation isn’t favourable [to have the Japanese promotions].”

Very sad to hear, hope the political condition will be better and peaceful soon tho

Oh no, I think he's sad and his japanese fans too, but he's right the situation is dangerous, there are anti -japanese manifestation in China and in Taiwan just for a island ..
Recently Chinese people, have destroyed japanese restaurant ....>.< 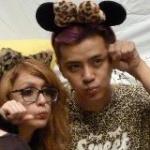 Eri BH.. Did the Chinese people really did that to some Japanese Restaurant? I'm really not so into politics because I don't like war.. If only people knows the word peace and share.. there's no war at all.. peace out. 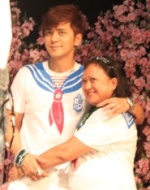 czeherazade wrote:This dispute that caused Show's cancellation doesn't happen only in Japan but also in Philippines

Eri BH.. Did the Chinese people really did that to some Japanese Restaurant? I'm really not so into politics because I don't like war.. If only people knows the word peace and share.. there's no war at all.. peace out.

Oh I'm sad for you czeherazade

Now, In China , you have pancard in front of commercial center : " If you are chinese you can enter , but if you japanese not enter " -_-

Article about the situation : [You must be registered and logged in to see this link.]

This is so stupid, his album needed all the help he could get, it's not like they're expecting huge sales anyway, now I'm worried it's gonna flop completely.

One of these artists need to take a stand and say stick their work even if it involves Japan. This dispute could go on for years so unless artists or actors from Hong Kong, China or Taiwan are not going to work in Japan till then they need to separate work from politics.

Eri BH wrote:Now, In China , you have pancard in front of commercial center : " If you are chinese you can enter , but if you japanese not enter " -_-

Oh Eri.. this really breaks my heart.. there may be lot of issues in politics I don't know but when Chinese-Philippines dispute of Scarborough Shoal, one of the many islands here in Philippines, was brought out once again.. during the hostage crisis.. I cried so hard that I got sick the next day..

I thought first of Show first and SFC.. but still Show embraced me and pats my back as if there's nothing wrong between Chinese-Philippines.. or maybe he was not aware that he has a Filipino fan who would go beyond limit.. not even disputes of our countries would stop me from seeing him. Other times I would take a stroll and when I remember the incident.. I would stand in a corner and just cry..

Let's all pray that this friction will end soon

Wolf, we will include in our prayers that they will separate work from politics 0:)

this is just sad to hear...

and i think he was so looking forward for that opportunity and especially since it's supposed to be for his first jap album...

Because after I listened all songs in japanese album, I think is a very good album with touch song and electro song, Show makes good work and hard working, I think his tour and promotion will be great >.<